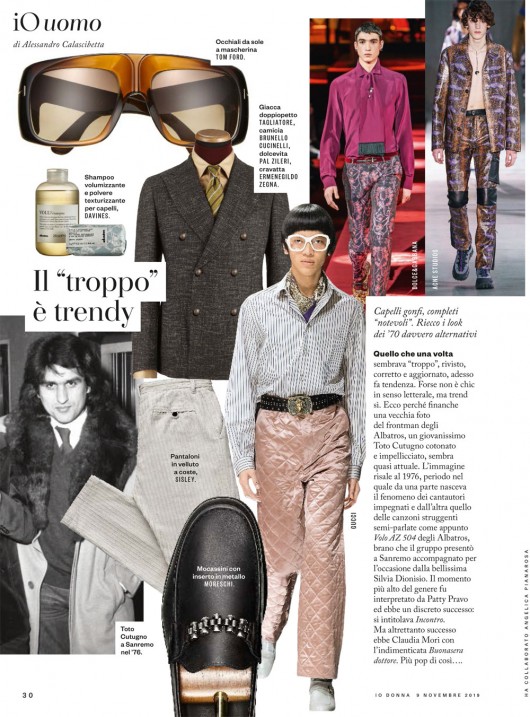 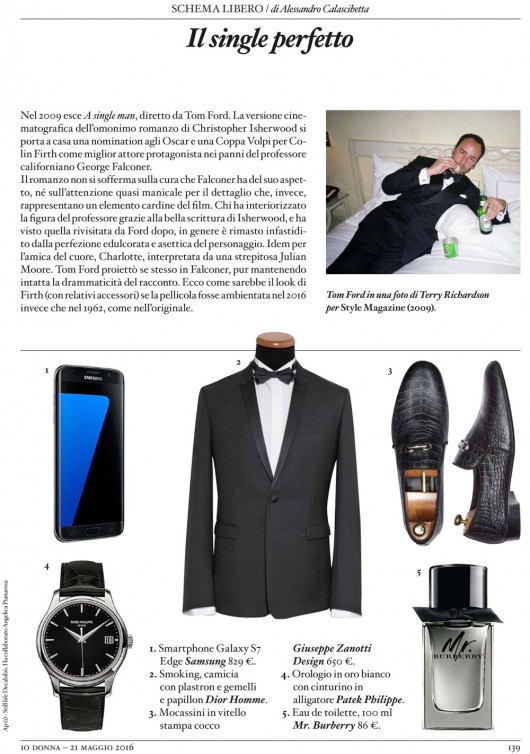 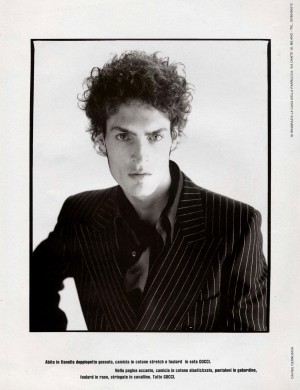 Marius Hordijk plays the role of a young millionaire with glamour and irony: the Tom Ford sky blu blazer, the jewels, the mirrored lenses and the “exaggerated” grooming represent the mood of the nouveau riches. An imaginary traveller looking for the great beauty of southern Italy. Ph. Michael Woolley. Styling Alessandro Calascibetta. 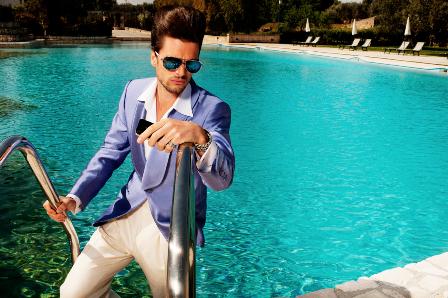 The first Gucci f/w designed by Tom Ford: after a long time of “abandon”, Gucci lives its best season and Ford is able to bring back to fashion the logo on bright-coloured crocodile belts, and the loafers with stirrups, made of coloured patent leather. The classic-formal wear changes. Ph. Danilo Frontini, Styling Alessandro Calascibetta.