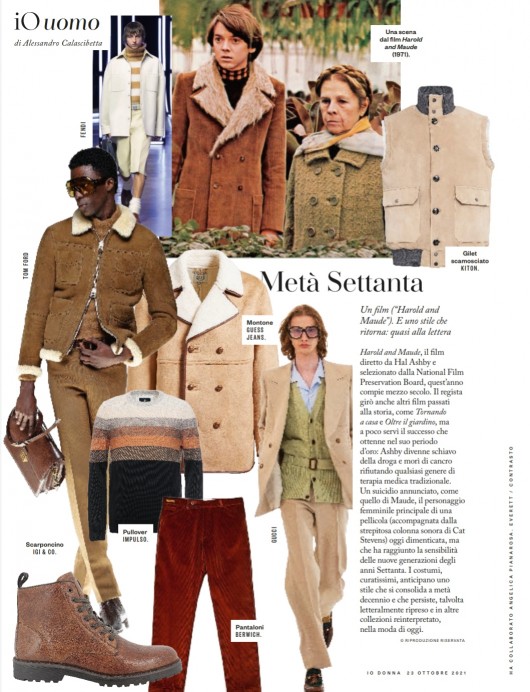 Mid-Seventies. Harold and Maude, the movie directed by Hal Ashby and selected by the National Film Preservation Board, this year turns 50. Ashby directed other memorable movies, like Coming Home and Being There, but the success he achieved in his golden period was barely useful: Ashby became addicted to drugs and died for cancer refusing any kind of traditional medical care. An announced suicide, like the one committed by Maude, the main female character of a movie (with a stunning soundtrack by Cat Stevens) almost forgotten, but that reached the sensibility of the new generations in the 70s. The costumes, very accurate, anticipated a style adopted in the mid-Seventies that persists, sometimes in a very precise way and sometimes reinterpreted, in today’s fashion.