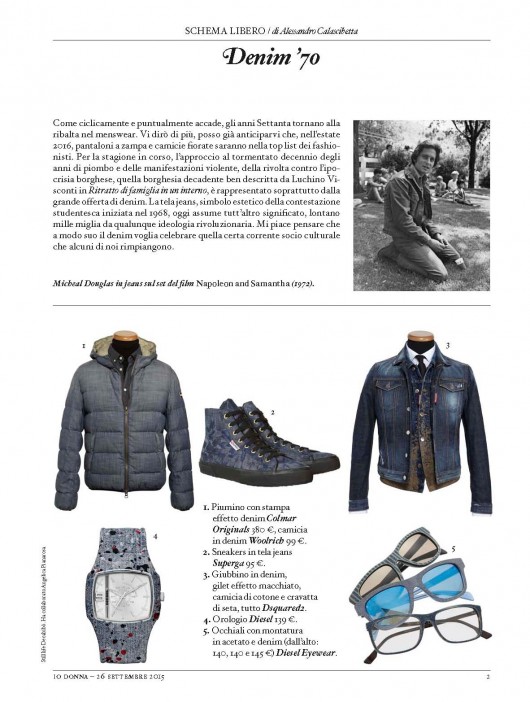 70s’ Denim. It happens cyclically and punctually: 70s are back in fashion again. And I can tell you more: in summer 2016, flared trousers and flowery shirts will be in the top lists of all the fashion victims. In this season, on the other hand, the references of that anguished decade of the revolution against the hypocrisy of the middle class, that crumbling middle class well depicted by Luchino Visconti in Conversation Piece, are represented by the great offer of denim. But today it acquires a completely different meaning, far away from any revolutionary ideology. I like to think that in its own way denim would like to celebrate that social and cultural movement that some of us regret. Michael Douglas wearing jeans on the set of Napoleon and Samantha (1972) 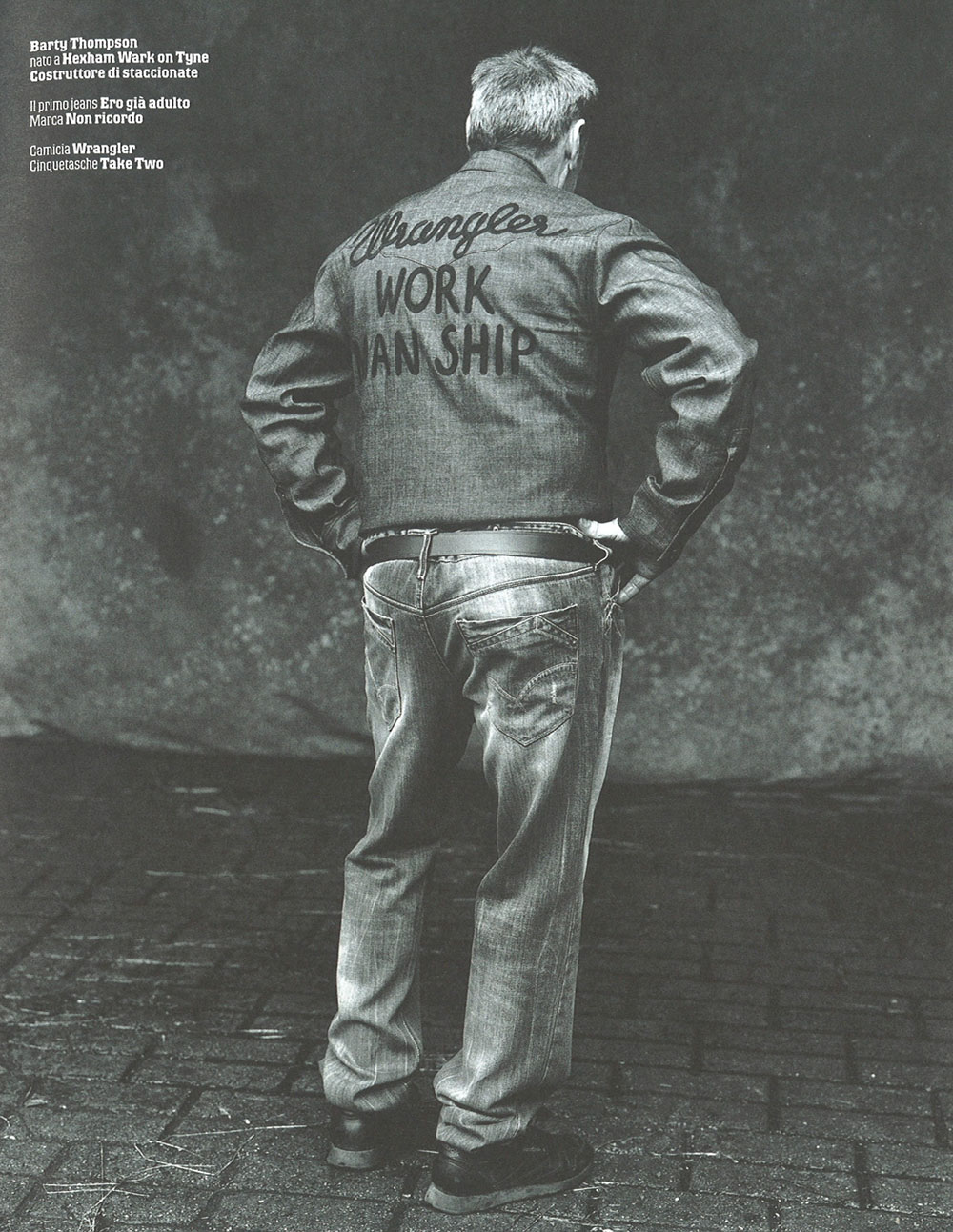 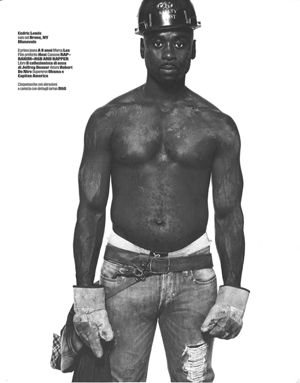 The photo was published in the book “Max, Il Libro del Denim” that has consecrated denim through three long different fashion photographic stories. This pic comes from Toni Thorimbert story: he shot many real craftsmen from Italy. Mr Miliani’s occupation is the clown in the circus; he wears Stone Island jacket. In the next weeks you’ll see more pictures coming from the England and USA jeans stories. 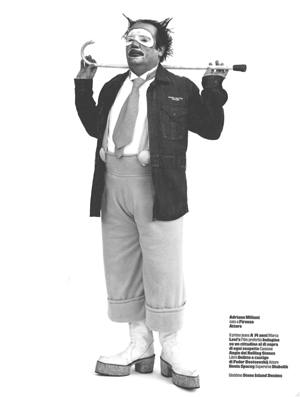 Jeans, with its cultural values has always been part of the history of costume; Many volumes has been written about it and to bring up the concept now would be unnecessary.
I rather focus on the fashion side of denim ( proper name of the fabric that jeans are made of). Magazines in the 80s were filled with editorials about jeans, proposing total looks all over the place; fashion designers as well as Armani, Ferre’, Valentino, Venturi, Moschino and all of the highest brands of those years , has been creating special collections made of denim. Since then, jeans have lost its original feature and found itself being thrown on the other side of the barricade, from being a revolutionary object to becoming an object of desire, with a well displayed logo. That was almost thirty years ago and I still find it despicable to see anyone wearing denim head to toe. I rather to see a classic jacket optimized by a denim shirt. On the other hand, I’m not impressed by blue jeans with jackets: I generally frown upon that look and in the best case scenario it just leaves me uninterested. Picture from a 2012 Style editorial. Louis Vuitton jacket with a denim shirt. Original picture by Gianluca Fontana.
NESSUN COMMENTO
TAG: denim, EN VOGUE, Gianluca Fontana, louis vuitton, MAGAZINE, sette