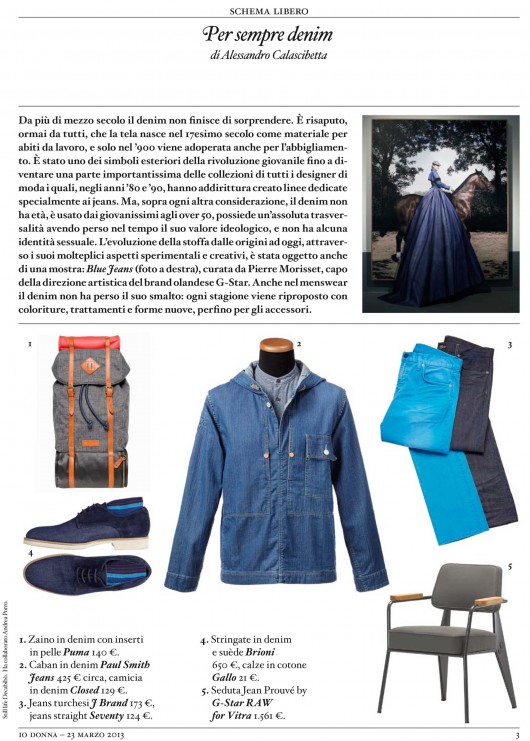 Denim has been surprising us for over 50 years and it’s not over yet. At this point we all know that the fabric was born in the 17th century as an excellent material for making working clothes. From 1900 denim has been used for everyday clothing. It’s been one of the tangible symbols of the youth revolution and over time became part of designers’ collections, especially during the 80s and 90s when entire collections have been dedicated to denim. But the most important thing to consider is that denim is ageless, it can be used by young people as much as by the over 50s. It has lost all its ideological values over time, now it can be worn by anyone and it has no gender identity. The “Blue Jeans” exhibition inaugurated last november at the Centraal Museum of Utrecht by head of art direction of dutch brand G- Star Pierre Morisset, will be open to the public until march 10. The exhibition shows the history and evolution of denim through all the experimental and creative aspects, from the beginning till today. Denim menswear has not lost its sheen, being suggested every season with different treatments, colors and shapes and also for accessories.