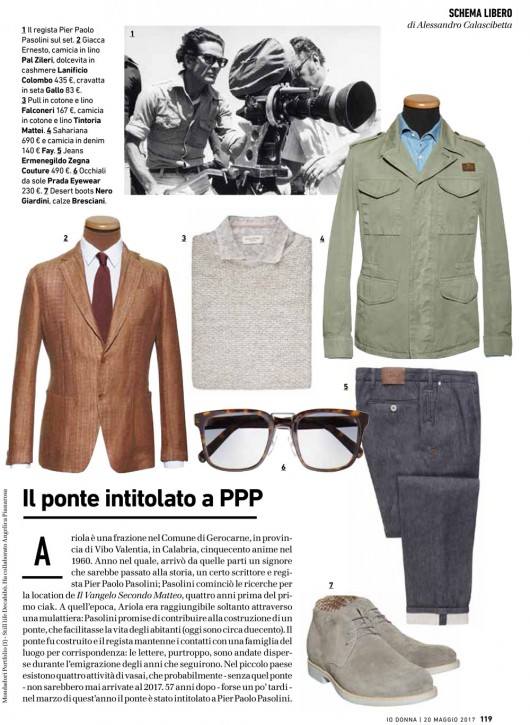 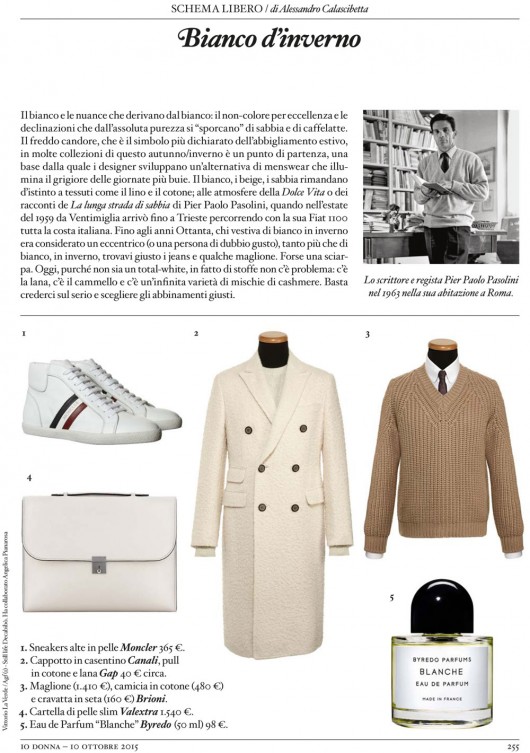 Winter in white. White and its shades: the non-colour par excellence and its variations, that from the total purity goes to sand and white coffee. The pure white, the more manifest icon of summer outfits, in several collections of this f/w is a starting point, that designers develop a different menswear that enlight the darkest days from. White, beige, sand reminds us fabrics like linen and cotton, the atmospheres of La Dolce Vita or the stories of La lunga strada di sabbia by Pier Paolo Pasolini. Until the Eighties, who wore white in winter was considered as an eccentric (or as a vulgar) person, in effect there were only jeans and a few sweaters. Maybe a scarf. Today there’s a huge fabric availability: wool, camelhair and cashmere. All you have to do is believe, and choose the right matches. The writer and filmmaker Pier Paolo Pasolini in 1963 in his house in Rome.