in BEST EDITORIALS, GET BACK
Tony Ward in a cover-story. The shooting inside foresaw the obsessive and delusional atmospheres of “Fear and Loathing in Las Vegas” by Terry Gilliam. A lot of sex, a lot of drugs and little Rock’n Roll. Fashion: from above, the trousers made of ties by Moschino Cheap & Chic, a Calugi e Giannelli suit and the synthetic T-Shirt by Enrico Coveri. Pictures by Giorgio Scola. 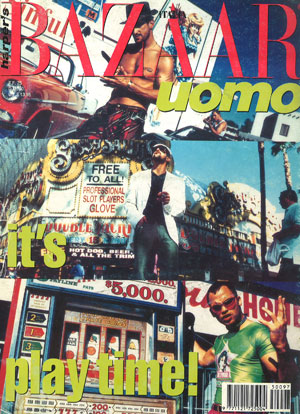 Blazer and denim jeans: a 90’s must have. The crude Toni Thorimbert light was perfectly tuning-in with the styling. Clothes by You Young by Enrico Coveri. 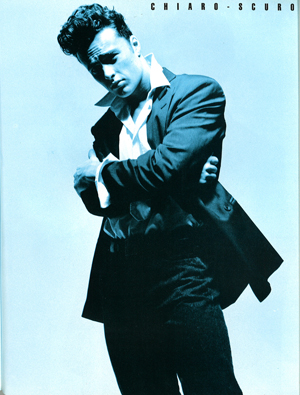