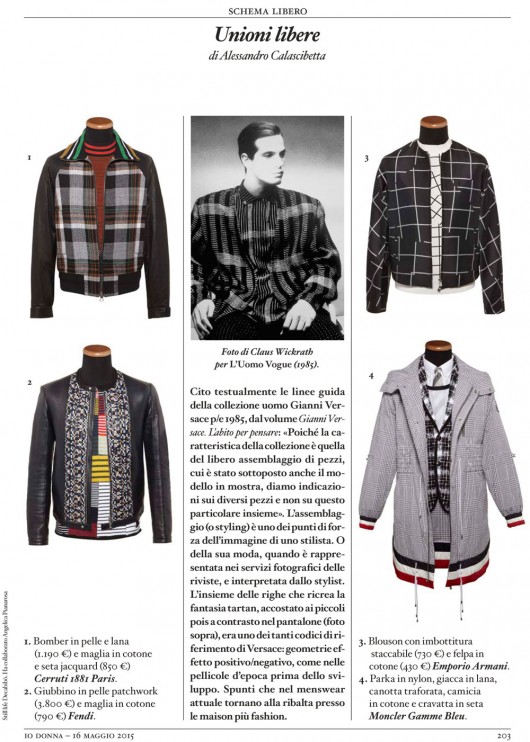 Free Associations. I quote the guidelines of the Gianni Versace s/s 1985 menswear collection, from the book Gianni Versace. L’abito per pensare: “Since the collection’s feature is the free matching of the garments, as in the case of the outfit shown, we give indications about the different garments and not about this specific outfit”. The matching (or styling) is one of the key strenght of a designer’s conception. Or of his fashion, when it’s represented in magazines’ shootings, and interpreted by the stylist. The combination of stripes of this tartan pattern, matched with the little contrasting polka-dots on the trousers (picture), was one of the many reference codes of Versace: geometrical prints with positive/negative effect. Ideas that, in menswear, are back again, suggested by the most fashionable brands. Ph. by Claus Wickrath for L’Uomo Vogue (1985)