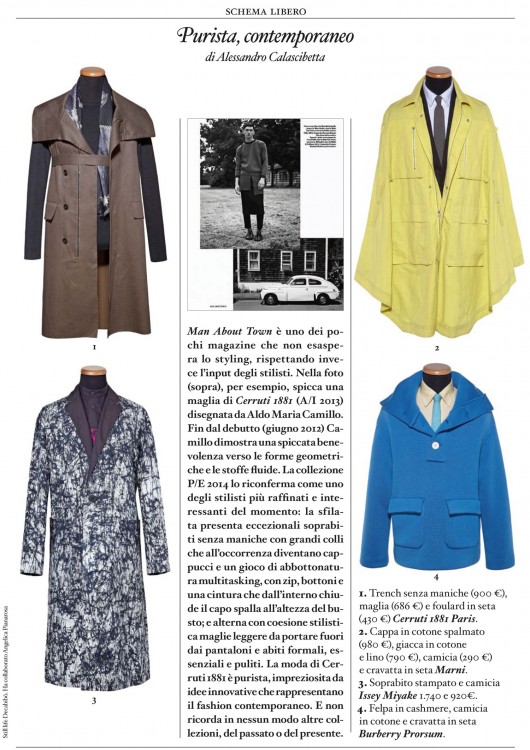 Purist, contemporary. Man about town is one of the few magazines that don’t make too much of styling, following instead the inputs of the designers. In the picture 8above), for example, we notice a sweater by Cerruti 1881 (f/w 2013) designed by Aldo Maria Camillo. Since the debut (in june 2012) Camillo has showed a particular taste for geometric shapes and fluid fabrics. The s/s 2014 collection reconfirms him as one of the most refined and interesting designers of the moment: the show presents extraordinary sleeveless coats, with big necks that can be transformed in hoods and a play of multitasking button-fastening; and it alternates with stylistic coherence light sweaters to be worn outside of the trousers and formal, simple and clean suits. Cerruti 1881’s menswear is purist, but embellished by innovative ideas that represent contemporary fashion. And doesn’t recall in any way other collections, past or present.