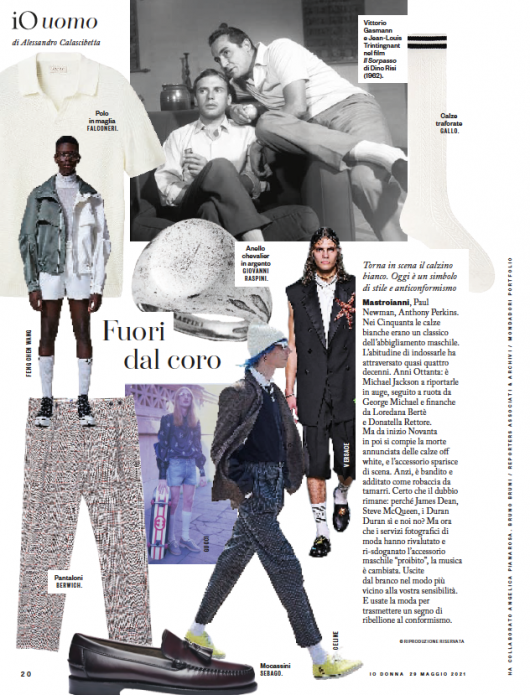 Outside the box. Mastroianni, Paul Newman, Anthony Perkins. In the 50s white socks were a menswear’s classic. They’ve been usually worn for almost four decades. 80s: Michael Jackson brings them back into fashion, followed up by George Michael and even by Loredana Bertè and Donatella Rettore. But from the early 90s , here’s the death foretold of off white socks, and the accessory disappears. Actually, it’s banned and pointed out as trash. But the doubt remains: why were they ok for James Dean, Steve McQueen, Duran Duran and are not for us? But now, that fashion shootings have revaluated the “prohibited” accessory, things have changed. Let’s be outsiders, according to your personality. And use fashion to convey a sign of rebellion against conformism.