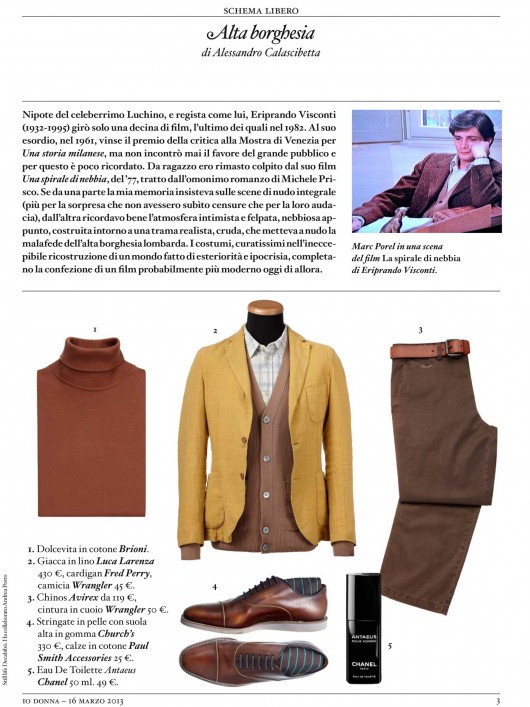 The filmography of Eriprando Visconti (1932-1995) encompasses only ten movies which have been filmed during the 60s until the last one, shot in 1982. Visconti, nephew of the more famous Luchino, won the critics’ choice award at Venice Film Festival when he started off in 1961 with “A Milanese Story” but never became widely known to the general public and that’s why it’s hard to remember him. The 1977 movie “Una Spirale di Nebbia”, based on the Michele Prisco’s novel by the same name, which I have now miraculously found in DVD, really affected me as a kid. Although the memory kept taking me back to the scenes of integral nudity that surprisingly haven’t been censured (Novecento by Bertolucci came out the very same year) and the audacity of the contents, I also remember very well the intimist and plush atmosphere..foggy indeed, built around the screenplay and the storyline. It’s a crude and realist plot, laying bare the Milanese upper class hypocrisy. A very contemporary film. Today more than yesterday. In the picture, a scene from the movie with Marc Porel.