The eccentric singer and songwriter Thomas Cohen was the protagonist of this fashion shooting, inspired by a certain rock mood from the Seventies. Which is his favourite mood. Ph. Simon, styling Angelica Pianarosa, total look Gucci. 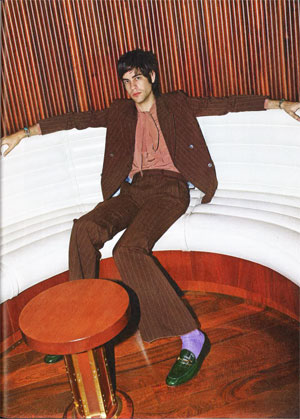 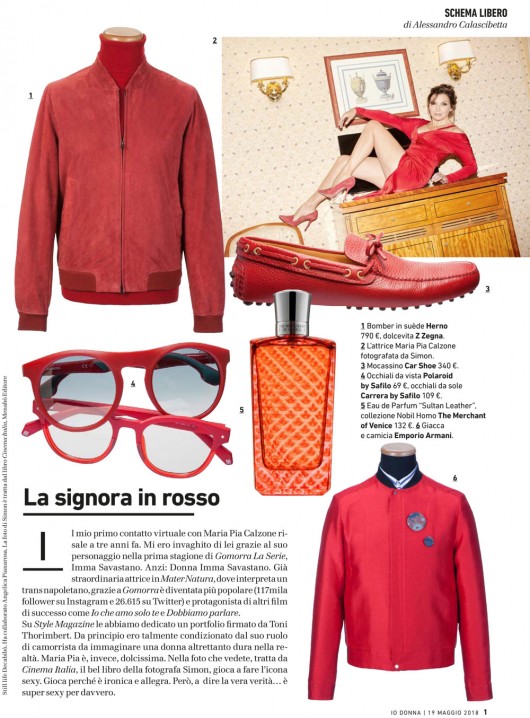 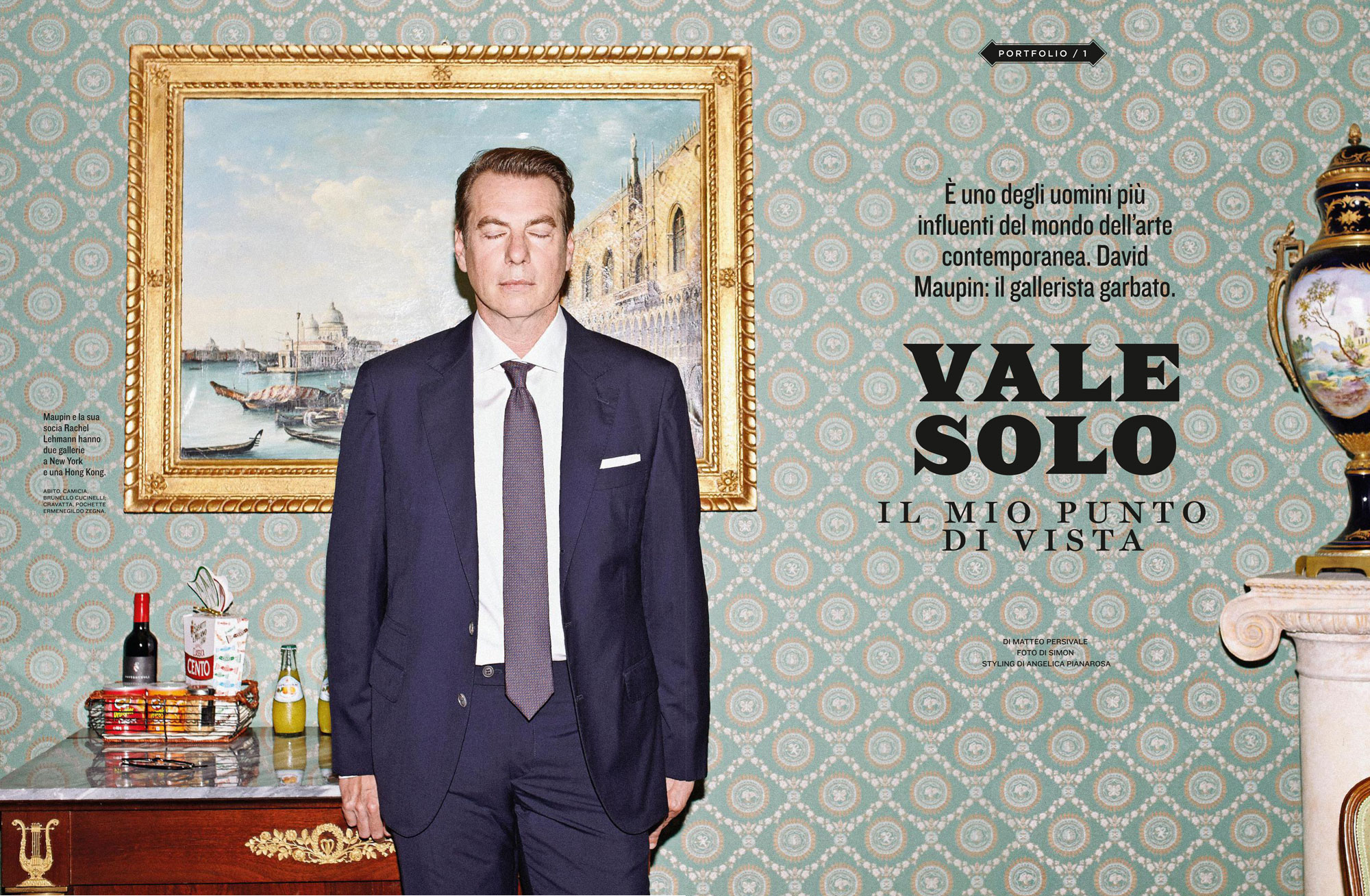 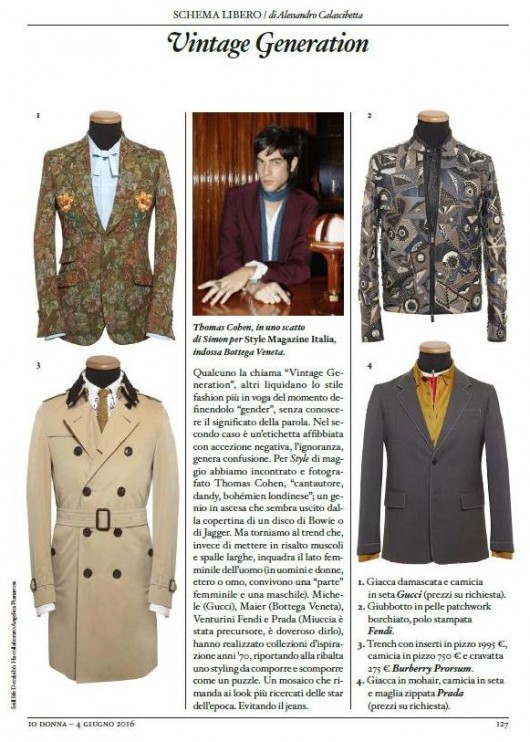 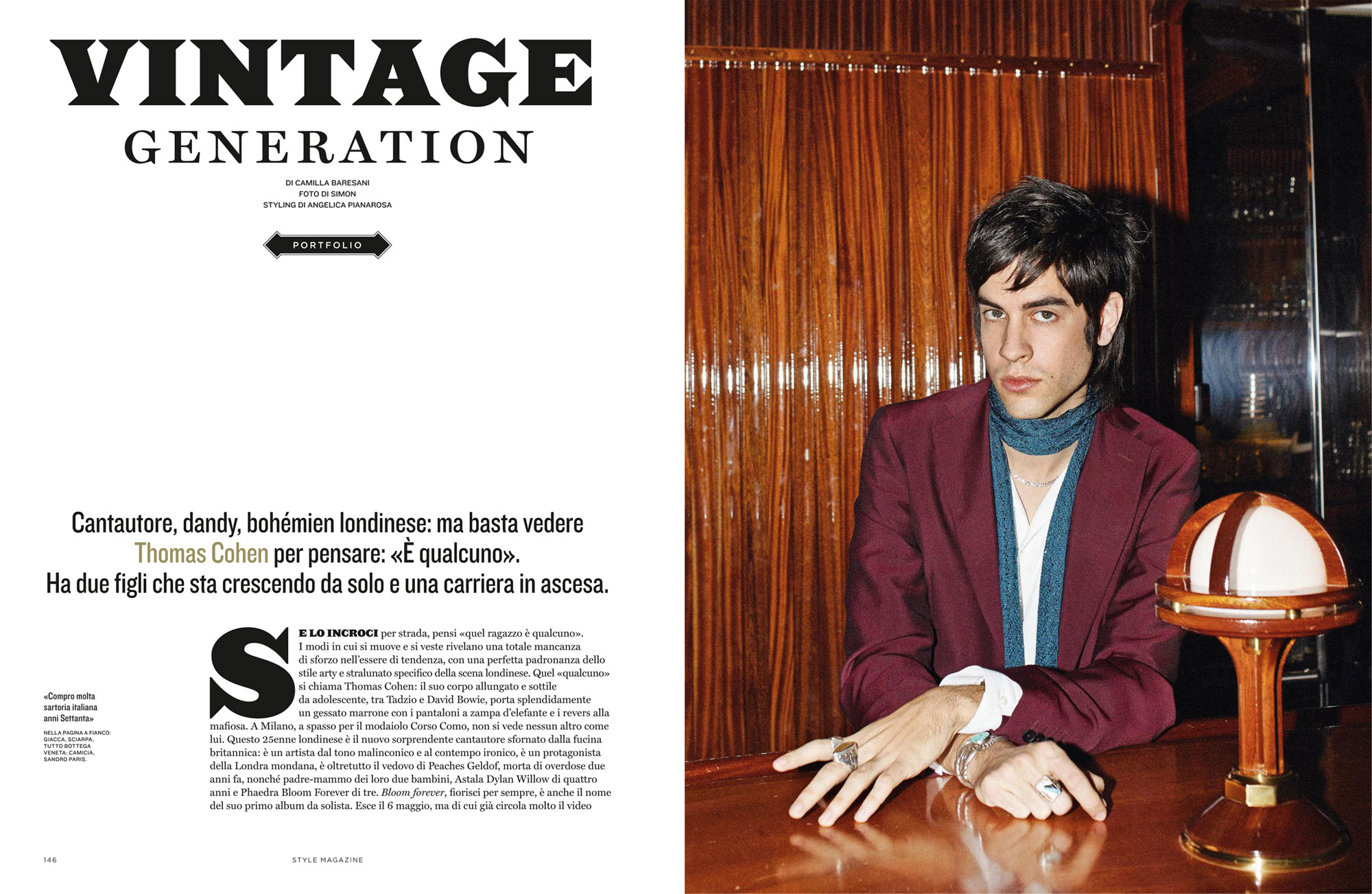