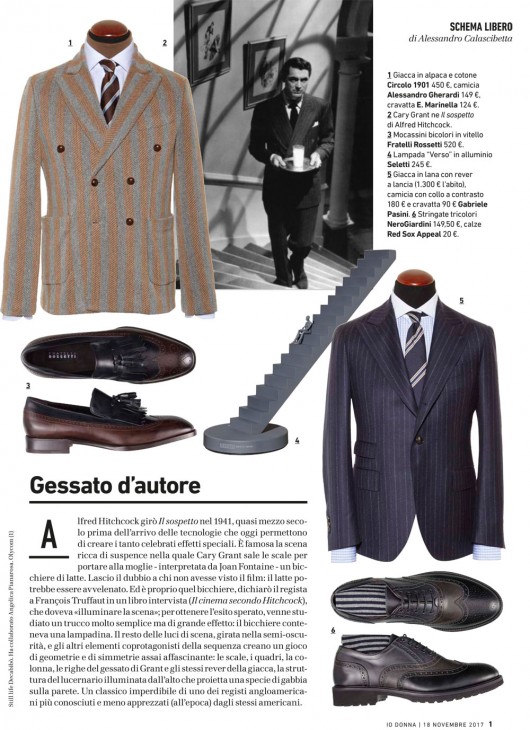 Signature Pinstripe. Alfred Hitchcok filmed Suspicion in 1941, almost half a century before the invention of the technologies that today allow to create the glorified special effects. There’s a very famous scene, full of suspense, with Cary Grant bringing a glass of milk up the stairs to his wife – interpreted by Joan Fontaine. I leave in doubt who hasn’t watched the movie: the milk could be poisoned. And that glass, declared the filmmaker to Francois Truffaut in a book-interview, had the role of “illuminating the scene”; to obtain the effect he wanted, he used a very simple but effective trick: the glass contained a light bulb. The other stage lighting and the setting create a very fascinating play of geometries and symmetries: the stairs, the paintings, the column, the stripes and the lapels of Grant’s suit, the skylight’s structure that projects a cage-shaped shadow on the wall. An unmissable classic of one of the most famous and less appreciated by americans (at that time) angloamerican directors.