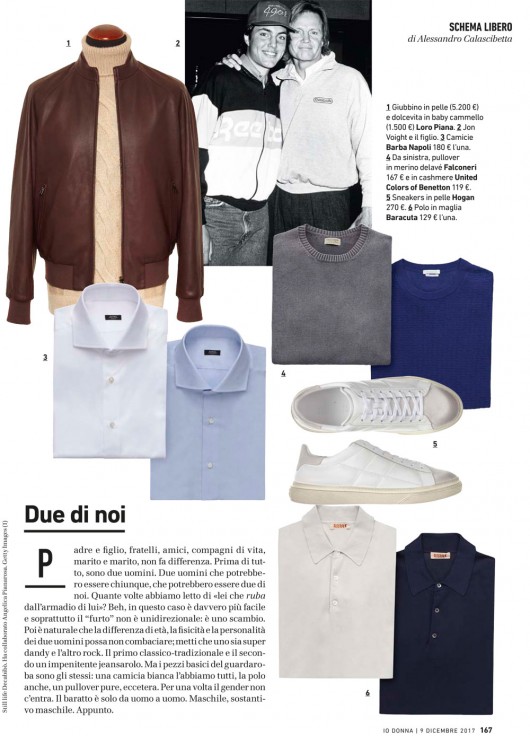 Gilbert&George masters of art and fashion: this shooting was inspired by their being dandy living sculptures. Ph Johan Sandberg, styling Alessandro Calascibetta. 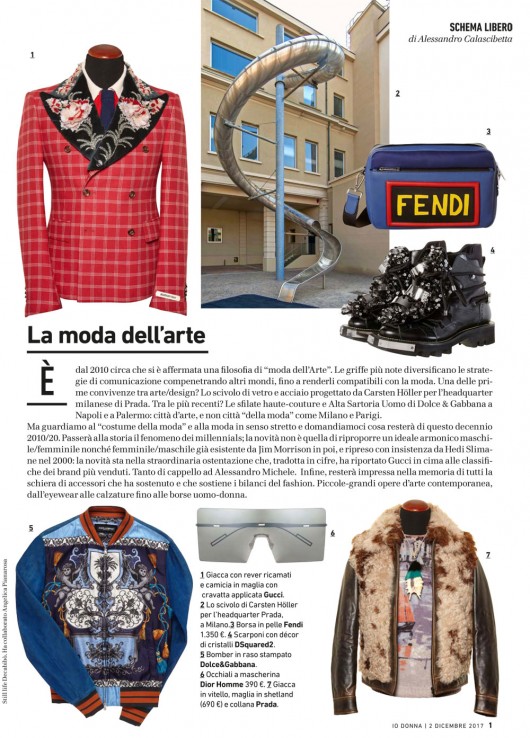 Fashion of Art. From 2010 the philosophy of “fashion of Art” started to spread. The most popular brands diversified their communication strategies incorporating other worlds, making them compatible with fashion. One of the first coexistences of art and design is the glass and steel  slide designed by Carsten Holler for Prada Milan headquarter. Among the most recent there are Dolce & Gabbana’s haute-couture (in Naples) and Alta Sartoria Uomo (in Palermo) fashion shows: they chose two art cities, not “fashion” cities, like Milan or Paris. But let’s consider the “tradition of fashion” and fashion in the strict sense and ask ourselves what will remain of this decade 2010/20.  The phenomenon of the millenials will go down in history; the innovation is not the proposal of a harmonious masculine/feminine and feminine/masculine ideal that has already existed from Jim Morrison on, and that was resumed by Hedi Slimane in 2000: the innovation is in the extraordinary ostentation that, translated in numbers, has taken Gucci back to the top of the most sold brands. Hats off to Alessandro Michele. In the end, in memories will remain the multitude of accessories that has supported and supports fashion’s budgets. Little-great pieces of contemporary art, from eyewear to shoes and bags.