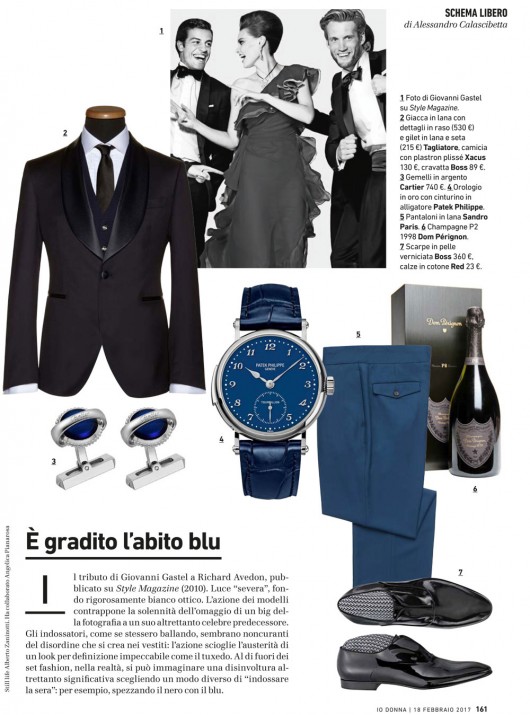 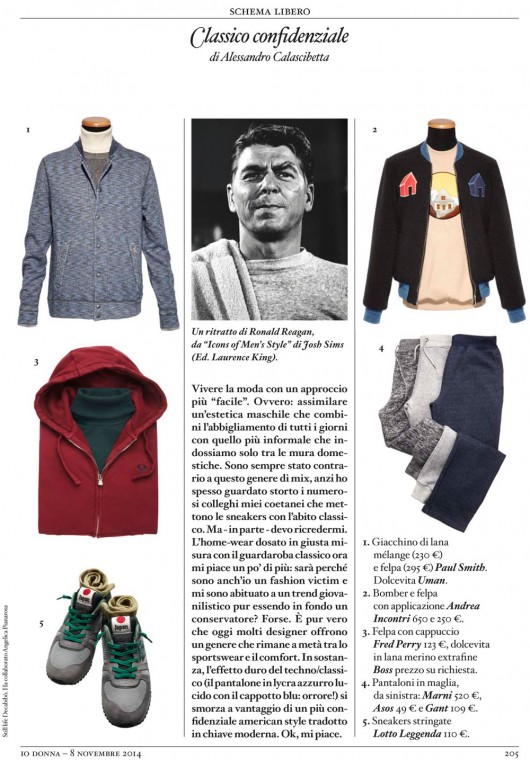 Friendly Classic. Living fashion with an easier approach. In other words: integrating a male aesthetic that mixes everyday clothes with more informal garments we wear only at home. I’ve always been annoyed by this kind of mix, in fact I’ve always looked askance at my colleagues that wear sneakers with the suit. But – partly – I have to change idea. Homewear mixed in the right amount with more classic garments suits me a little bit more now: maybe because I’m a fashion victim too and I’ve got used to such a young trend even if I’m a conservative at heart. It’s true that today lots of designers offer a kind of clothing that lies between sportswear and comfort. Basically, the strong effect of the techno/classic (the shiny blue lycra trousers with the blue coat: what a horror!) is softened, to advantage of a more friendly american style translated in contemporary taste. Ok, I like it.