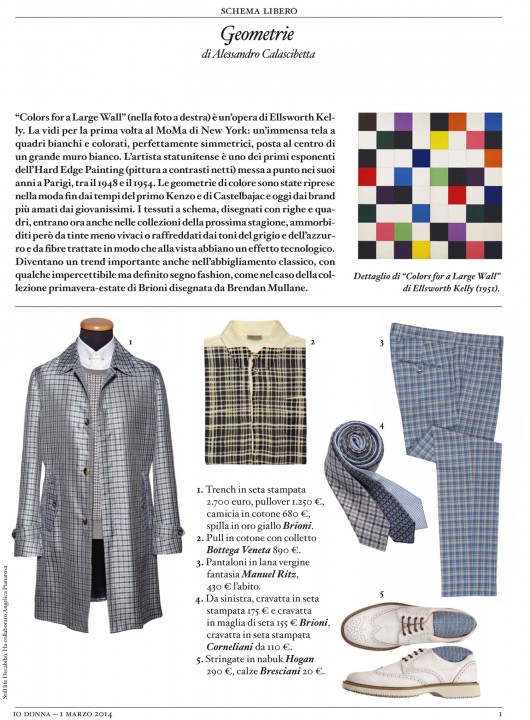 Geometries. “Colors for a large wall” (in the picture) is an artwork by Ellsworth Kelly. I saw it for the first time at the MoMa in NY: a huge painting with perfectly symmetrical white and coloured checks, placed in the middle of a wide white wall. The American artist is one of the first figures of the Hard Edge Painting, developped during his years in Paris, between 1948 and 1954. Colour geometries have been used in fashion by the early Kenzo and Castelbajac, and today by brands loved by young people. Those fabrics, printed with stripes and checks, are included in the s/s collections, but softened by pastel colours or cooled by grey and blue shades and fibres that look technical. They are an important trend in classicwear too, but with some imperceptible but clear fashion sign, as in the case of the Brioni s/s collection by Brendan Mullane. Detail of “Colors for a Large Wall” by Ellsworth Kelly (1951) 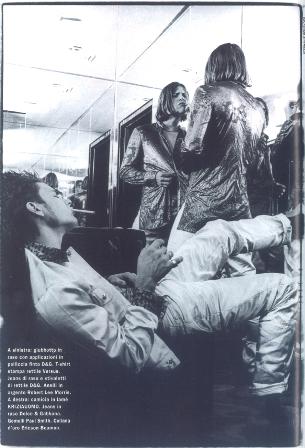 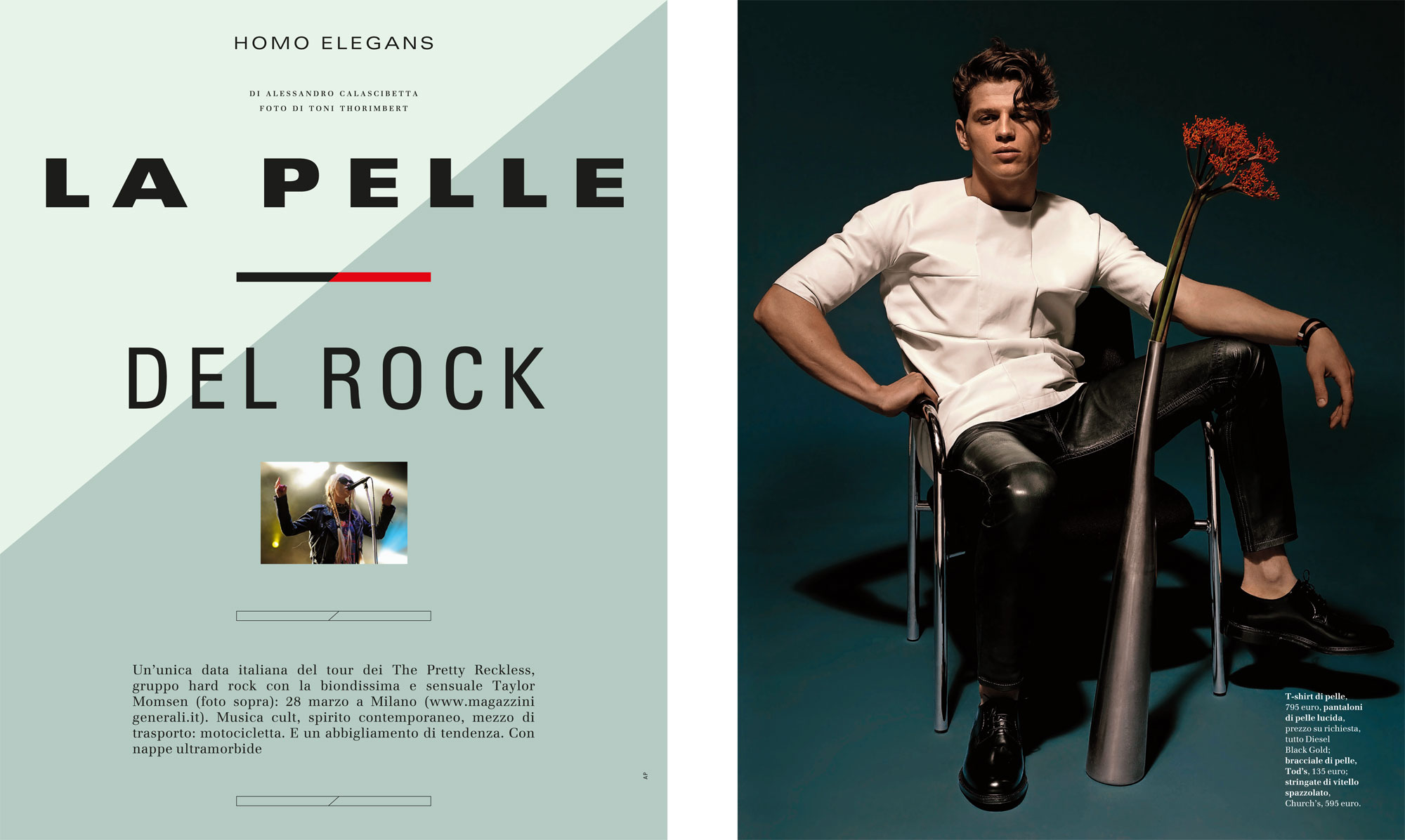 The rainbow on the catwalk. END_OF_DOCUMENT_TOKEN_TO_BE_REPLACED 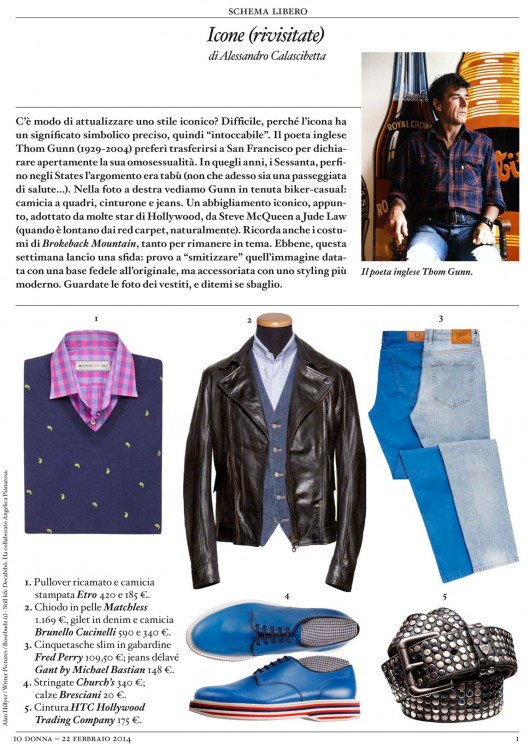